I discovered that my Mother learned how to cook from my Grandfather. She unwillingly learned from him how to cook Rabbit, make a homemade roux, Gumbo, dirty rice, Jambalaya, create a homemade a barbeque sauce, prepare Frog Legs, duck, bake and use all parts of a pig. None of it was accessed from recipe books. I figured that her understanding of how to cook collard greens was past down from either her Father or other family members. I’ve read that Africans and Native Americans shared ideas on how to cook a variety of food, including collard greens. This is evident if you’ve ever eaten hot water cornbread ( AKA a Johnny cake). A Native American food that is a delightful crispy cornbread patty made from boiling water, a bit of oil, cornmeal, and patience. Although the ingredients are simple there is definitely an art to making them. The water temperature, cornmeal measurements, and oil need to be damn near perfect.

A lot of things clicked. It suddenly made sense why my Mom knew how to make so many Creole dishes from scratch. She ate Frog legs, fed me homemade souse on crackers (a type of cold cut made for the head of a pig, tongue, feet or heart to start that’s seasoned and bound with gelatin from within the skull) Yeah, it’s some hardcore shit. It’s said that people have been making Sous around the world since the middle ages.

So knowing all of this Creole/African/French/West Indian influence and loving all things New Orleans but being born and raised up North I felt inspired. I felt and feel that it’s my duty to keep the cooking traditions that I learned while growing up and to create traditional dishes that have my own personal touch. Basically, I don’t want to bastardize a dish. Like making a New Yawk version of gumbo. Or putting cheese on top of shit that doesn’t need cheese.

Basically, I don’t want to bastardize a dish. Like making a New Yawk version of gumbo. Or putting cheese on top of shit that doesn’t need cheese. 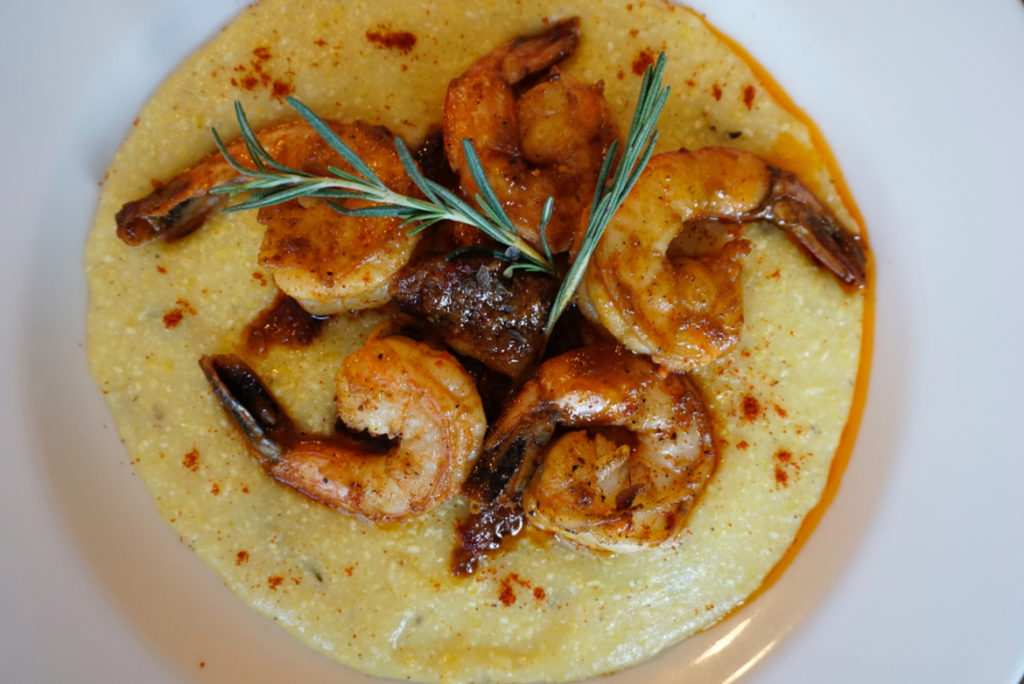 I coated the pork belly with coarse salt, wrapped it in plastic then refrigerated it. This dries out the pork belly (improves roasting) After a few hours, I wiped off the salt and roasted the pork belly for at least 4 hours in order to slowly render the fat. During the last 30 minutes of cooking, I gave the pork belly a small coat of brown sugar to crisp to give it a nice browning. The results were burned hands (I was still trying to handle the pork belly while it was hot) and burned mouth. Dude, I cooked that pork belly for like 4 hours you think I was gonna wait until it cooled off? Nope. It was so good but my mouth still hurts 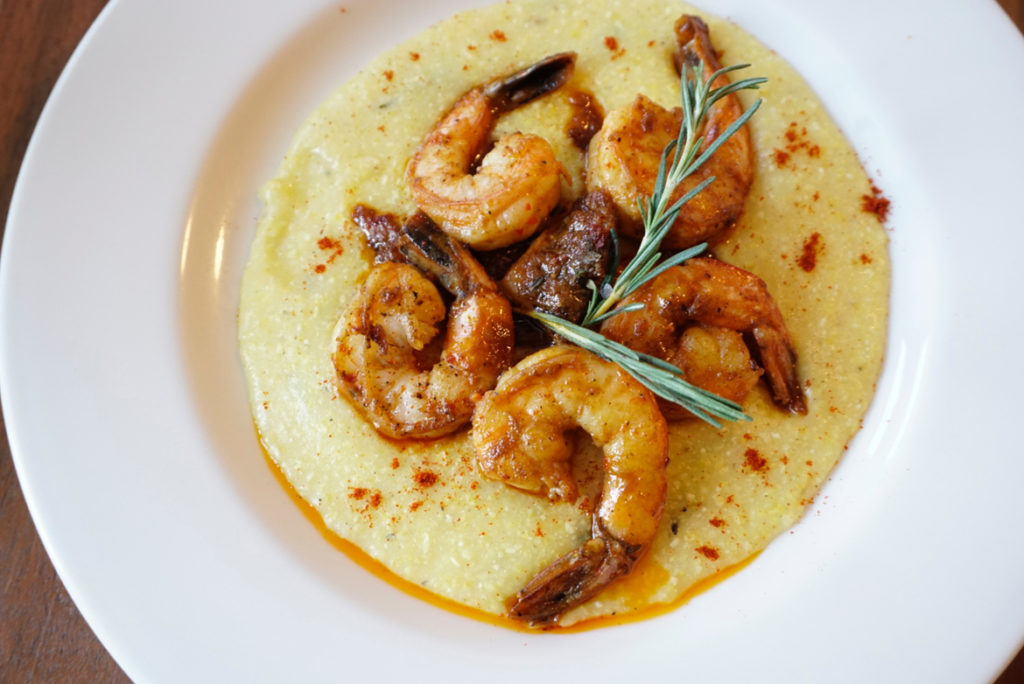 The reason why you don’t see a lot of pork belly in the dish is that it’s hidden. Umm, and I ate most of it during the prepping of this dish.

The polenta was made with a chicken stock and rosemary