Since I stay uptown I make it my goal to eat great food everytime I visit Brooklyn. I’m an uptown guy and I love visiting every borough just to find hidden food gems.

I admit that I can be a bit extreme when it comes to discovering new food or when I have my heart set on something. Fact is that I use to drive out to Jersey just to eat one of my favorite hero sandwiches.
And on a good day, I’d be willing to drive to Philly just to eat a Cheesesteak in all of its delicious glory. I digress, so back to Brooklyn. I was pleasantly surprised when a friend suggested that we meet at an upscale Mexican restaurant. I have to admit that I had my reservations. I mean would there be some hipster chef in the back spouting off how the eggs he or she uses is laid by a local cruelty-free chicken who only dines on gluten-free muffins and kombucha? 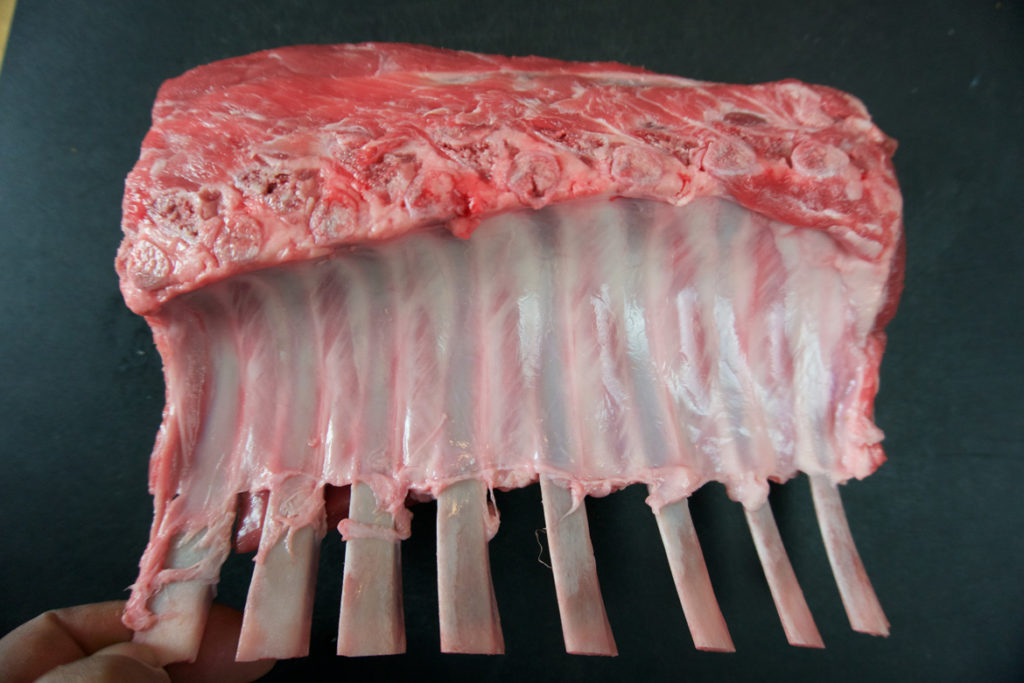 Well, I was wrong about all of the above. Shame on me for being judgmental. 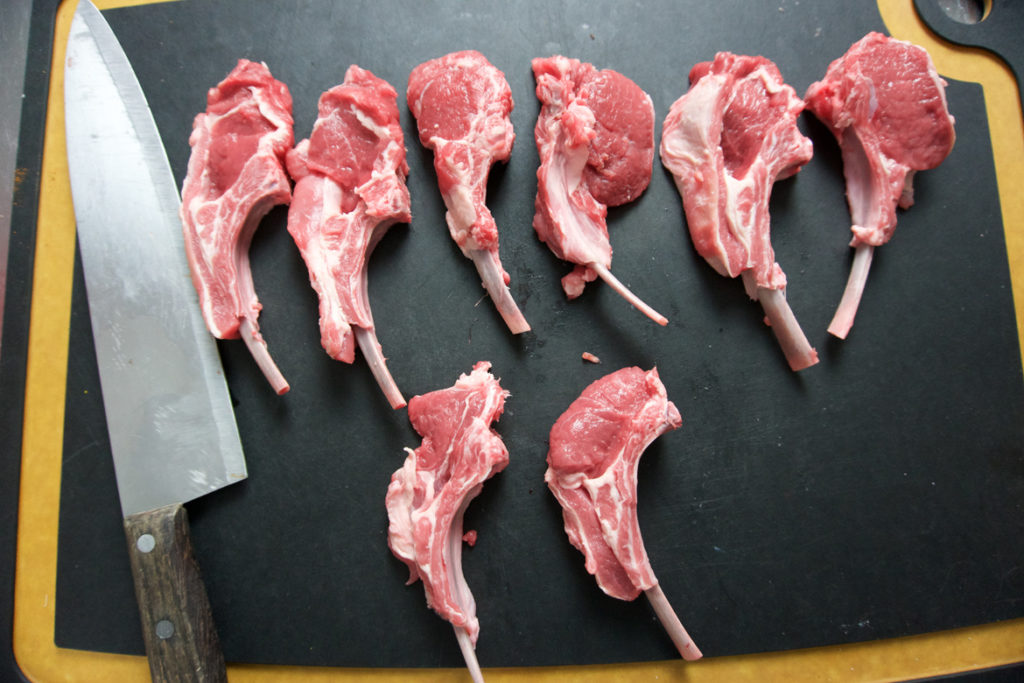 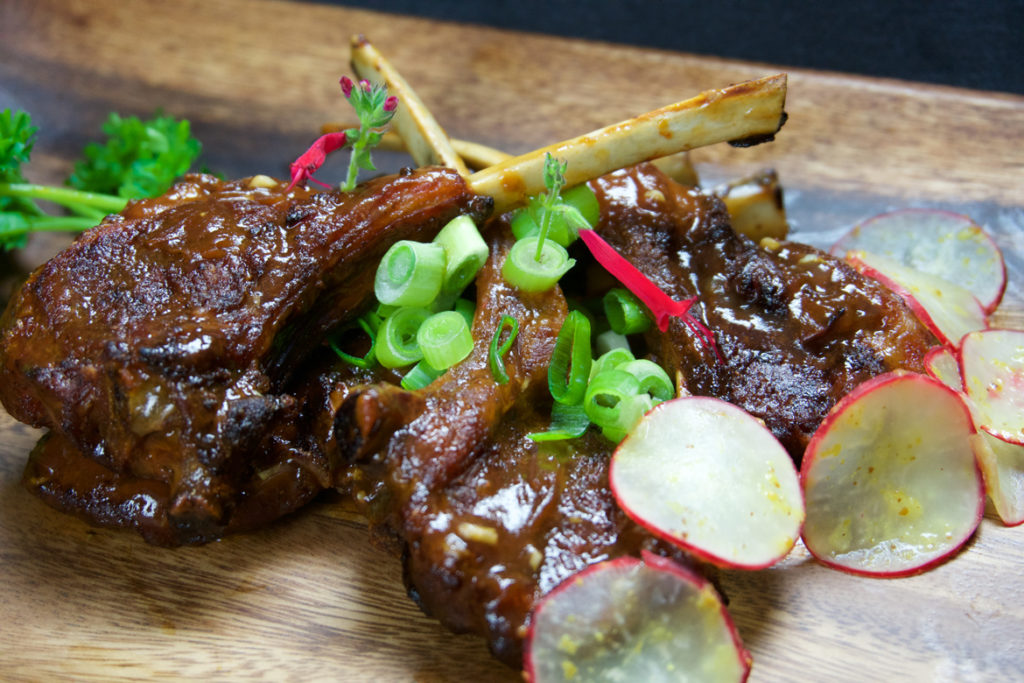 I have to admit that I had my reservations. I mean would there be some hipster chef in the back spouting off how the eggs he or she uses is laid by a local cruelty-free chicken who only dines on gluten-free muffins and kombucha?

After thanking the waiter for being accommodating, In my head, I immediately called bullshit. The lamb was way too soft to be broiled. Broiling it would have made it chewy and or tough. There was no way the cook could have broiled for a short amount of time and get the meat and fat so tender. Flash frying it would have probably melted some of the fat but toughened it. My first thought was that the lamb was marinated in the cola for a few hours. But in order for me to duplicate the recipe, I would have to marinate the lamb in cola and then slow cook it for a few hours. Afterwards, I flash broiled it to add a crispiness and then basted it in a coca-cola and pineapple sage sauce. 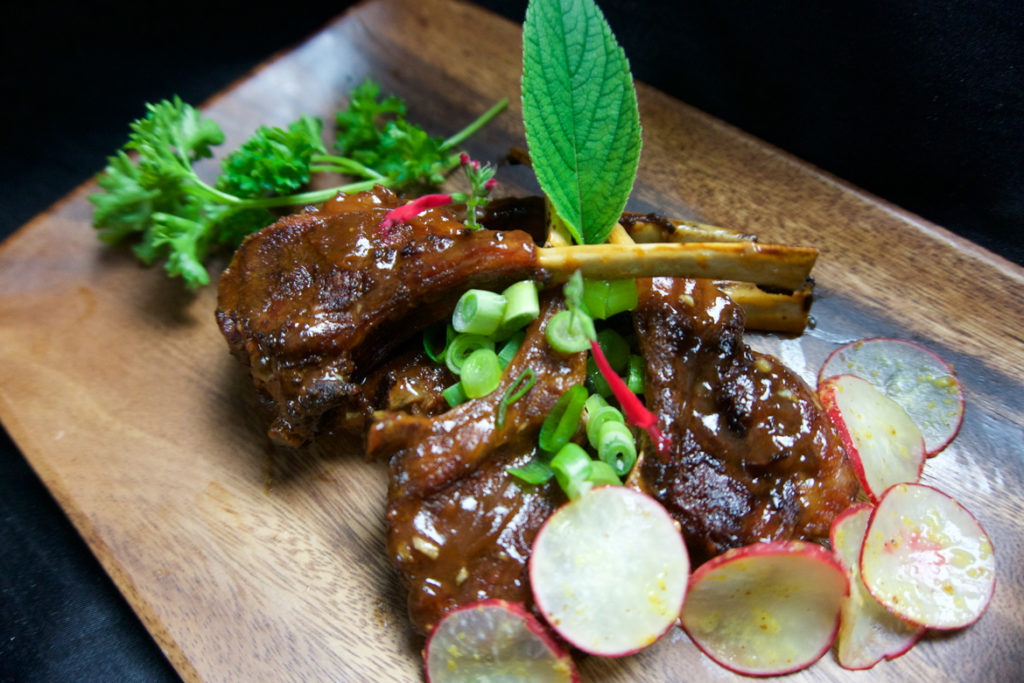 Since I was at the farmer’s market earlier I picked up some pineapple sage to make the cola (pop) no pun intended (well, maybe) added spicy chipotle sauce, salt and simmered. 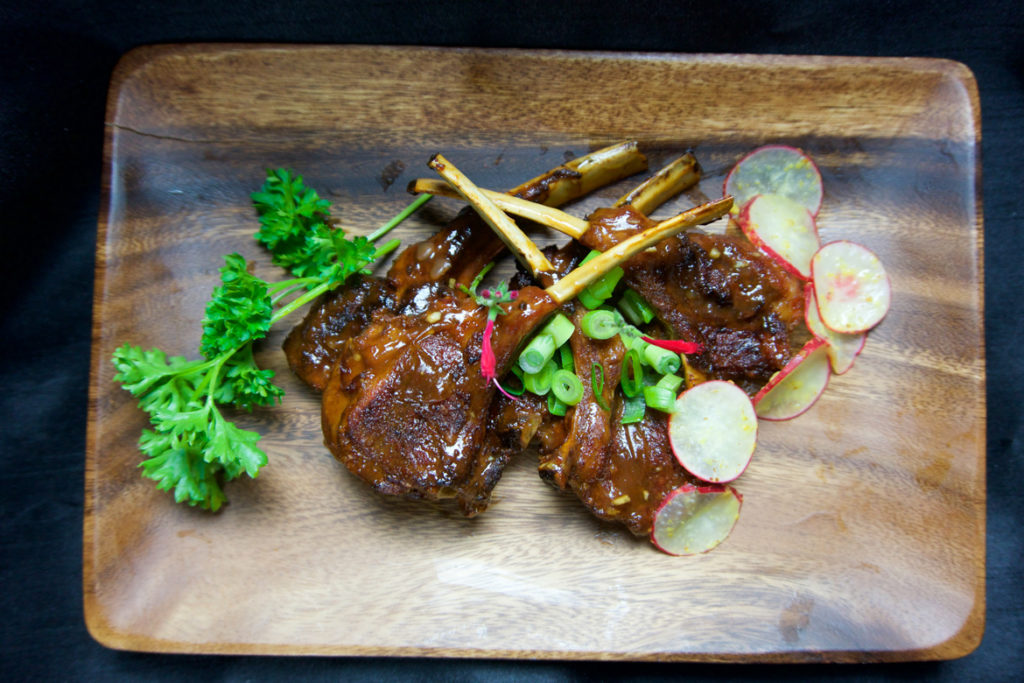 After the lamb was ready I generously brushed on my cola sauce. For the pickled radishes, I thinly cut the radishes and made a sauce using brown mustard a bit of brown sugar and a teaspoon of freshly grated ginger. 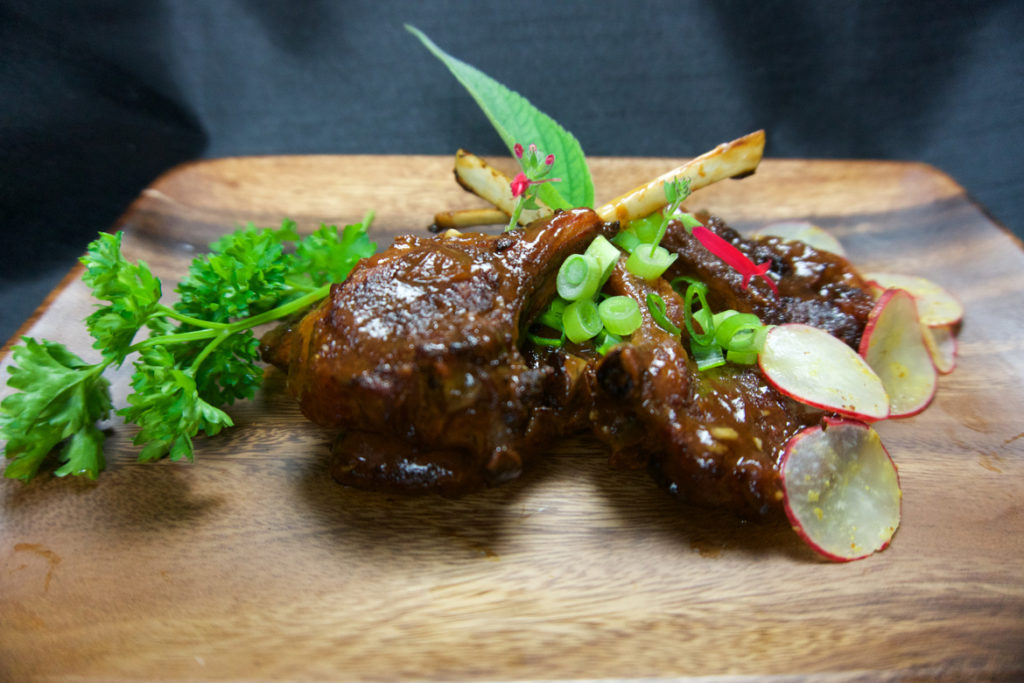 I added the radishes to the ginger mustard and refrigerated for an hour. The mustard pickling sauce was able to absorb into the radishes since the radishes were so thin.

The result was a tangy slightly mustard, pickled ginger flavor. The pickled radishes alongside the lamb gave it a great balance. The lamb turned out pretty good.

One flew over the quails nest