A cook should pair food and music with the same accuracy as a sommelier pairing food with wine. Below is a list of album recommendations that are great to play in the background while either prepping, serving or dining on your dish. This list will be updated weekly. 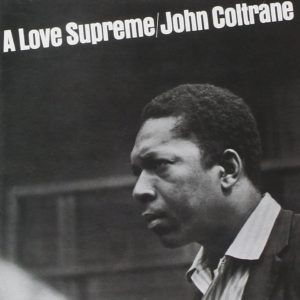 My favorite track. A Love Supreme Part II – Resolution is a song that screams emotion. Breaking into an emotional outburst that demands you to feel every musical note. John plays the saxophone as if his life depended on it. In a dizzying array of passion filled back and forth lows and highs in a timely perfectionism that is almost trancelike. The bass intro seems almost purposely understated as if it’s a white canvas prepped for John to pepper it with his intense strokes of emotion using pain, happiness, grief, agony, triumph, and optimism as his color palette. It is melancholy but yet happy. Visceral but yet refined. Basically, it’s a fucking emotional roller coaster of ride. Food/Drink to Pair with: Play this when you want to create something experimental. Play this when you creating a hard dish and you’re up against the wall with limited cooking time. White Pepper, a wine sauce or a damn good bourbon should be the theme. Listen to this when you’re ready to kick ass in the kitchen and words cannot express your angst because there’s a large possibility that the emotion you are feeling will be reflected in this album. 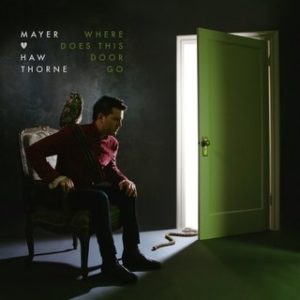 Mayer Hawthorne Where Does This Door Go

A fun upbeat neo-soul album with a retro feel. This album is fun! Definitely will lighten up redundant cooking tasks. If Steely Dan and Hall and Oats had an 80’s baby love child it would be this. Not cheesy, but modern without losing it’s Detroit soulful roots. Food/Drink to Pair with: This album is great to listen to when you’re doing shit you don’t want to do. Like cutting artichokes, peeling potatoes, deboning fish, scrubbing mussel shells. You get the point. Also, good for cocktails. I like playing this album in the background while serving guest because it brightens the mood. Play this when you want to spice up a punch, making margaritas or would like to add a fun kick to your meal. Happy, Energetic, Soulful, Vintage, Cool

I first encountered this album while rummaging through the dusty groove record store many years back. Recorded between 1971 and 1974 this album has everything. Funky synth keyboards, 70’s horn arrangements, hip-hop style breaks and beats. Some songs have a consistent Miles Davis influence. While most songs remind you of a soundtrack for a bad ass car chase scene or 1970s early 80s crime television show. The mood feels like your being transported into a slick crime movie. Food/Drink to Pair with: Play while making cocktails or your favorite specialty dish. This should bring out a few intense flavors or when your making something and you need that zen-like focus. Use it while prepping a very small late night dinner or something that will take no more than an hour to cook. All instrumental, the mood of this album can be energetic, loungy/laid-back, heady/stimulating. Very versatile.