Well, technically we sold out of our food items and that’s a good thing! It’s been a long time since my last post due to working in the kitchen and preparing for upcoming festivals. I just finished the Worlds Fare in Queens and I have to tell you it was an adrenaline rush. 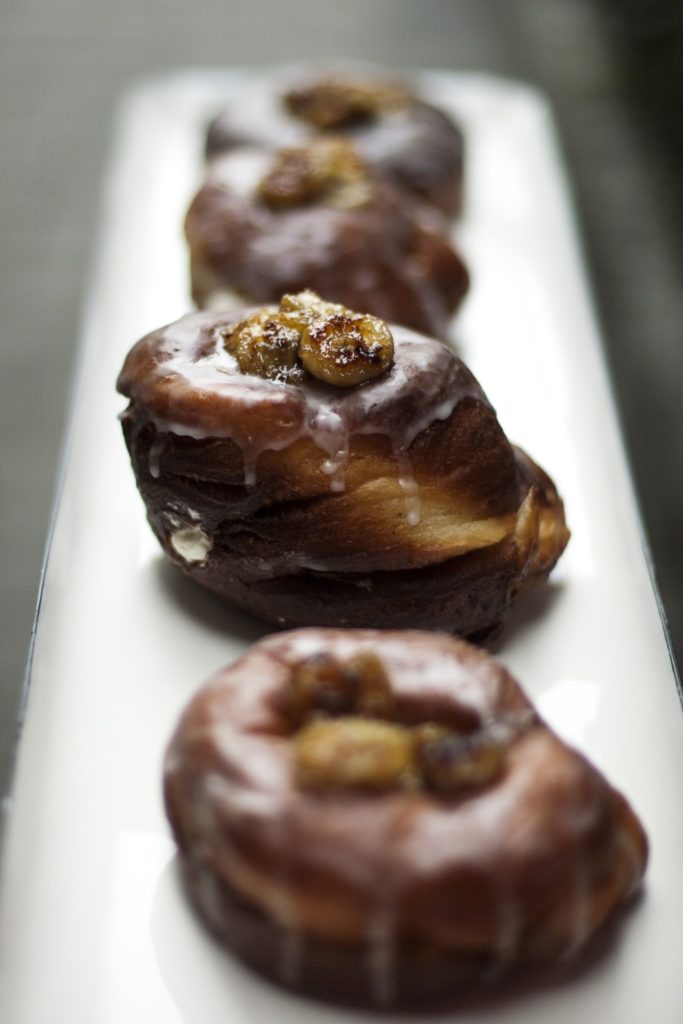 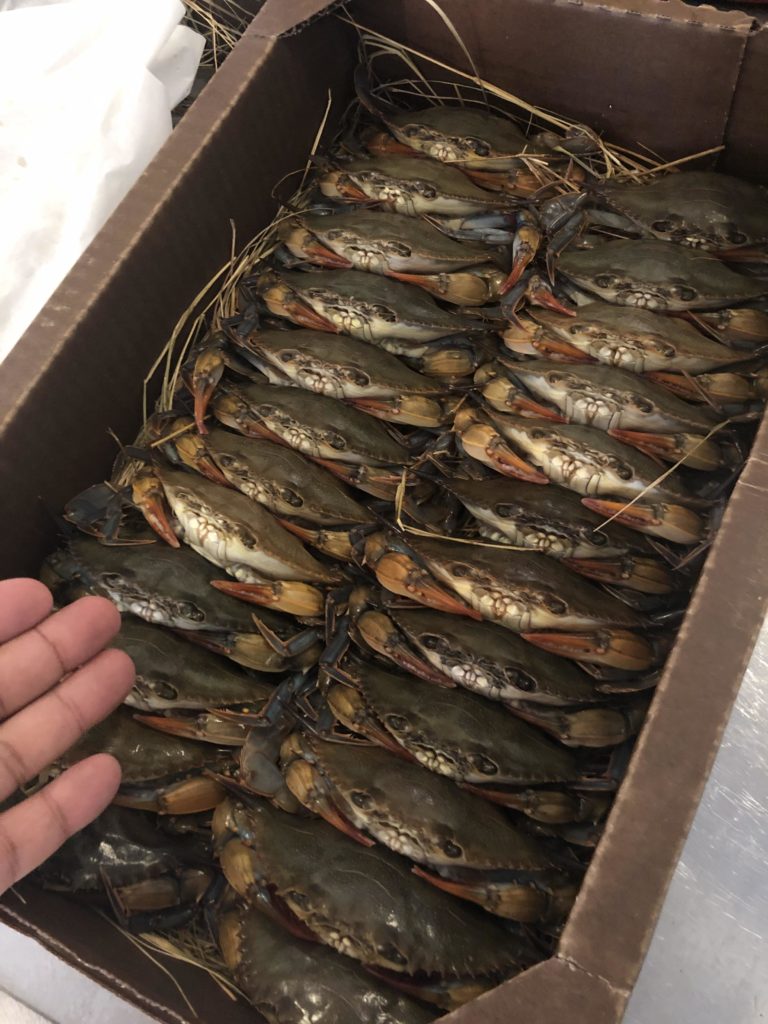 But before I get into that I have to take you back to where some of our work started. It’s 1 a.m. and Mara and I are grabbing a bite to eat at a partly empty diner on the Upper West Side of New York. Partly groggy and partly filled with adrenaline because we’ve been through this routine before. The routine of taking a nap and waking up early to Drive out to the ginormous fish market in the Bronx to try and get the Freshest live Softshell Crabs possible. There’s something very raw and traditional about visiting this particular fishmarket that I’ve always loved. Also  I love haggling. Even though I kind of suck at it. 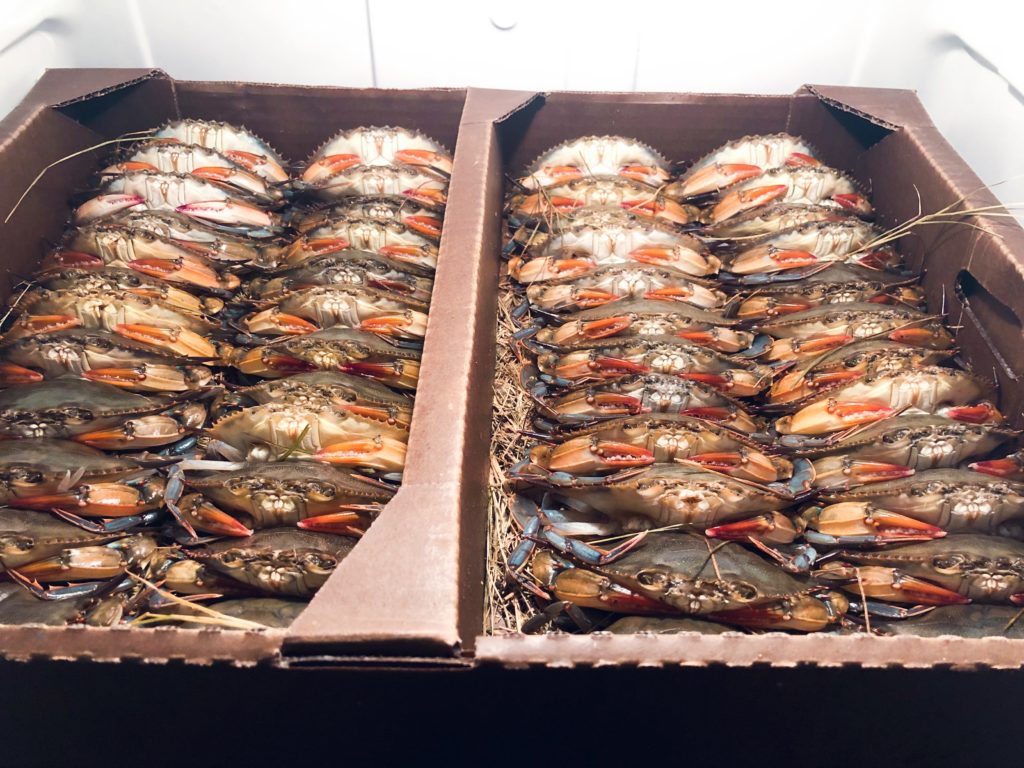 The Bronx Fishmarket is wondrous and at times can be intimidating due to the grandness of the whole thing. On our ride there,  I decided to play an eclectic mixture of music. I’m a Hip-Hop kid myself but during our Drive I’m playing David Bowie (Ziggy Stardust and The Spiders from Mars – Moonage Daydream) I try to catch up with my 15 minute long rock songs during times like these. Up Next.  A few songs  Radiohead’s OK Computer, some Hip Hop from J Dilla and Westside Gunn, Bo Diddly (Bad Side Of The Moon) and afterwards to lighten things up; Pop from Bruno Mars and Cardi B. Now we’re ready. The moon is full and we’re on a desolated road at 2:30am, when we finally reach our destination to the fishmarket Warehouse.

My crab guy barely remembers my face and some of the fish mongers go about their hustle and bustle but most don’t remember me. Why would they? They’ve been working with the same customers for 50 years or more. My compadre (Sri- Lankan) and I  (African American) mostly go unnoticed but I think every time we visit we become less annoying to the workers because we know what we want and we’ve learned how to get out of everyone’s way while negotiating price. I always liken that fish market to a place where time stands still. And for some reason we are both wide awake. 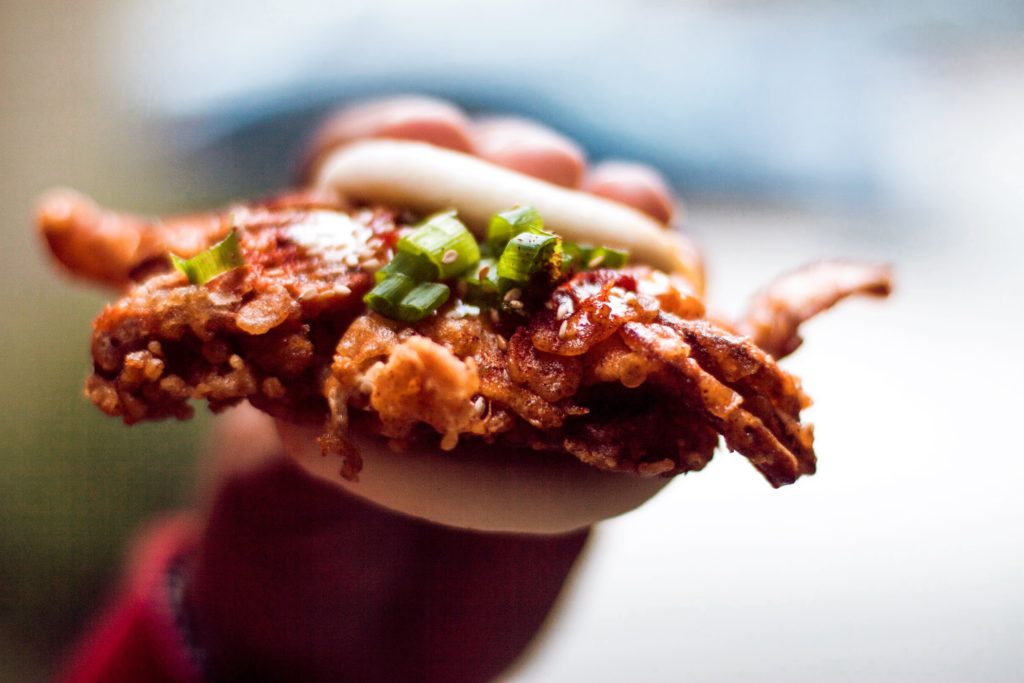 After Getting the goods then the real work comes in. Painstakingly Dressing (cleaning and seasoning) each Crab which can be backbreaking but very satisfying work. 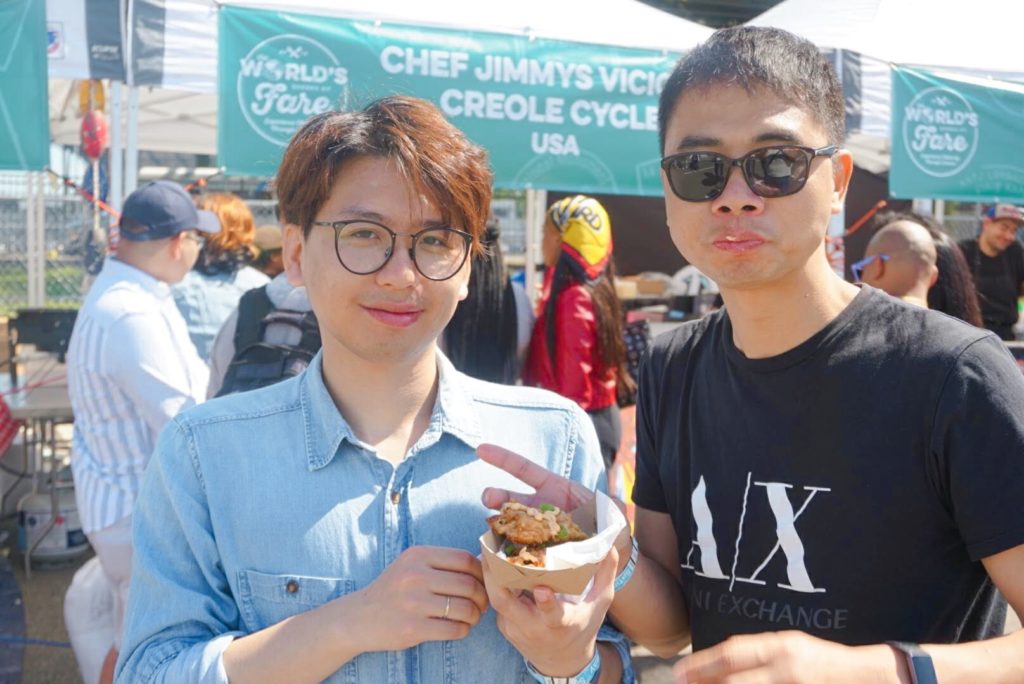 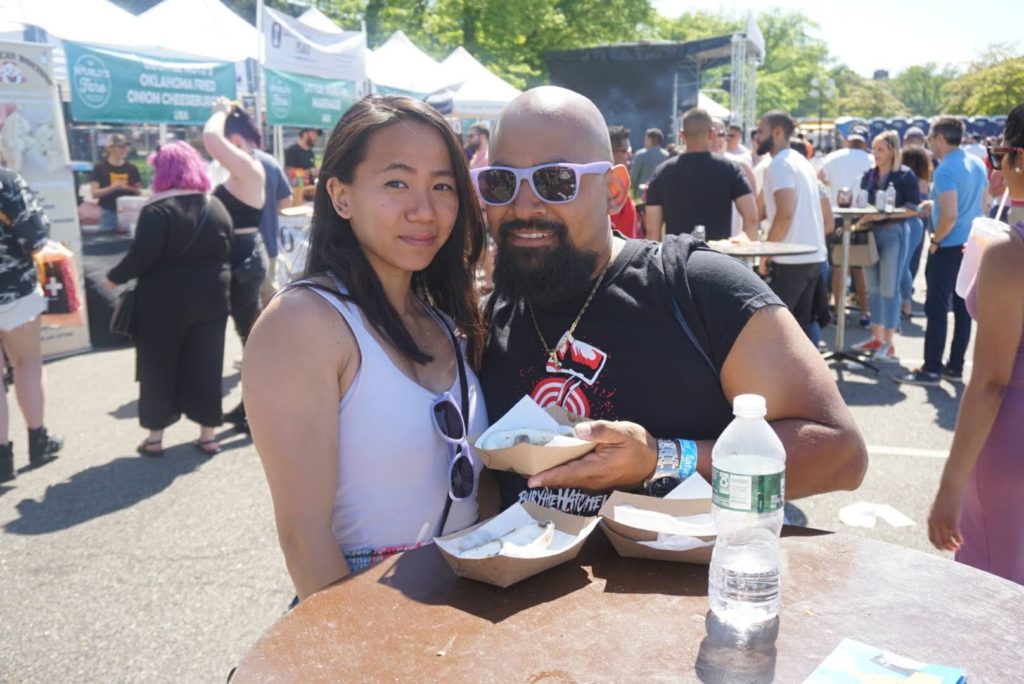 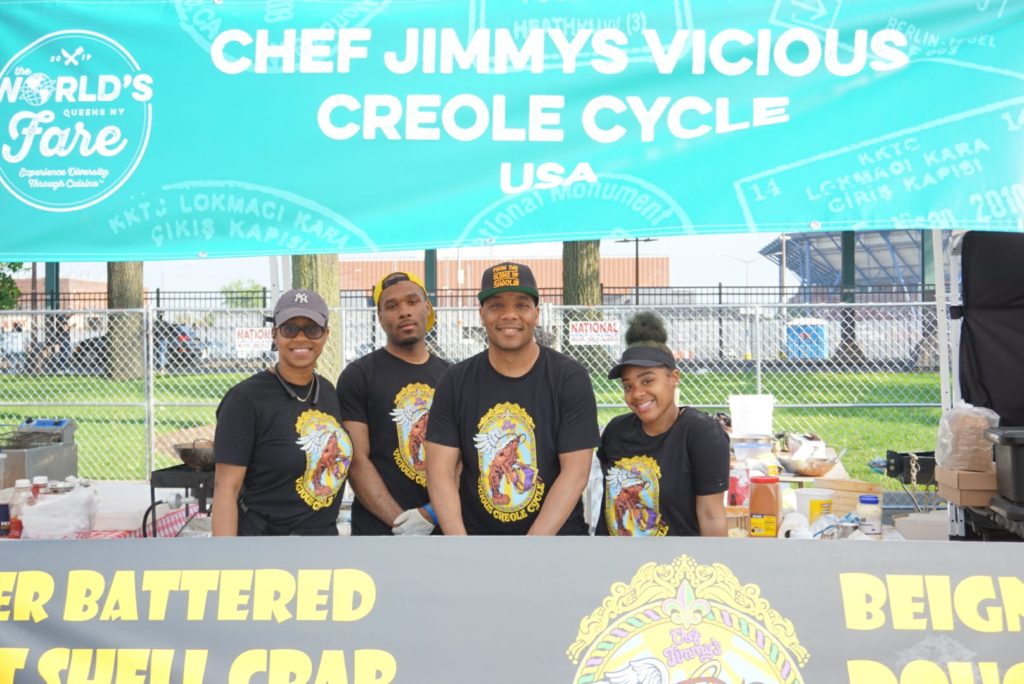 Prepping live crabs makes me appreciate what I’m serving and it’s always good to understand every aspect that goes into preparing a crab and not taking it for granted. 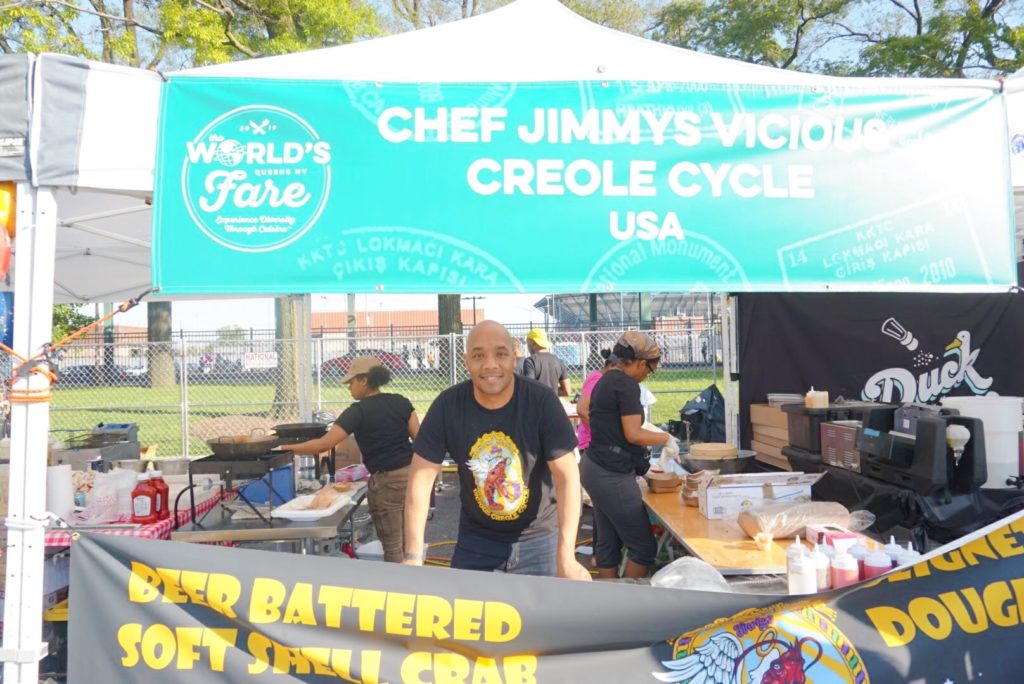 Luckily the weather was nice on the day of the festival so we got a chance to set up correctly after a few tries. What we didn’t anticipate was a rush as soon as we were set up. 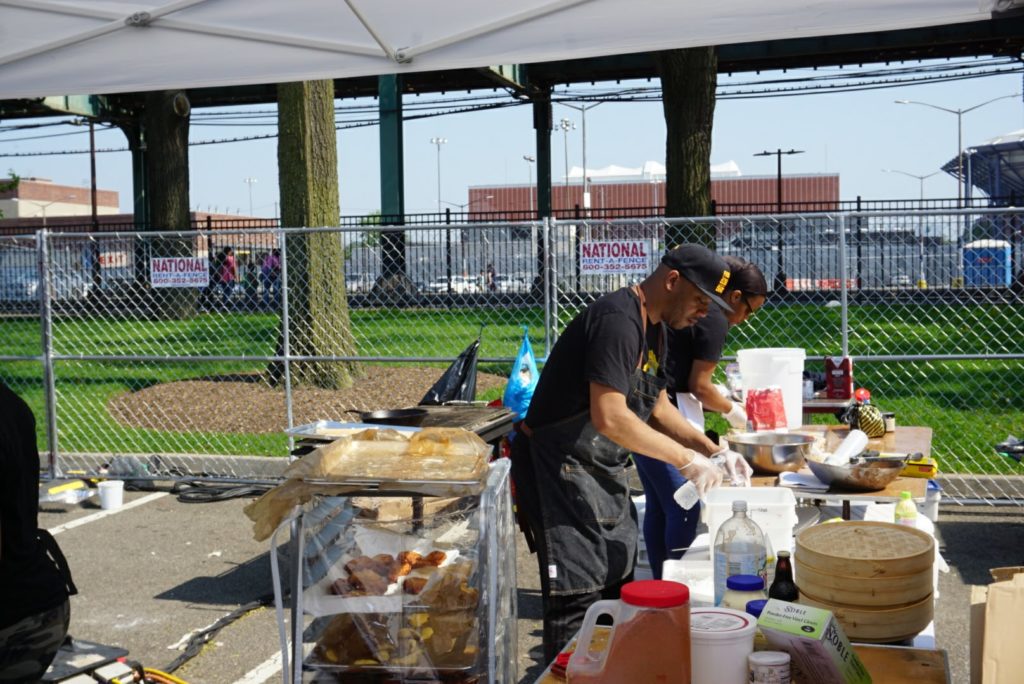 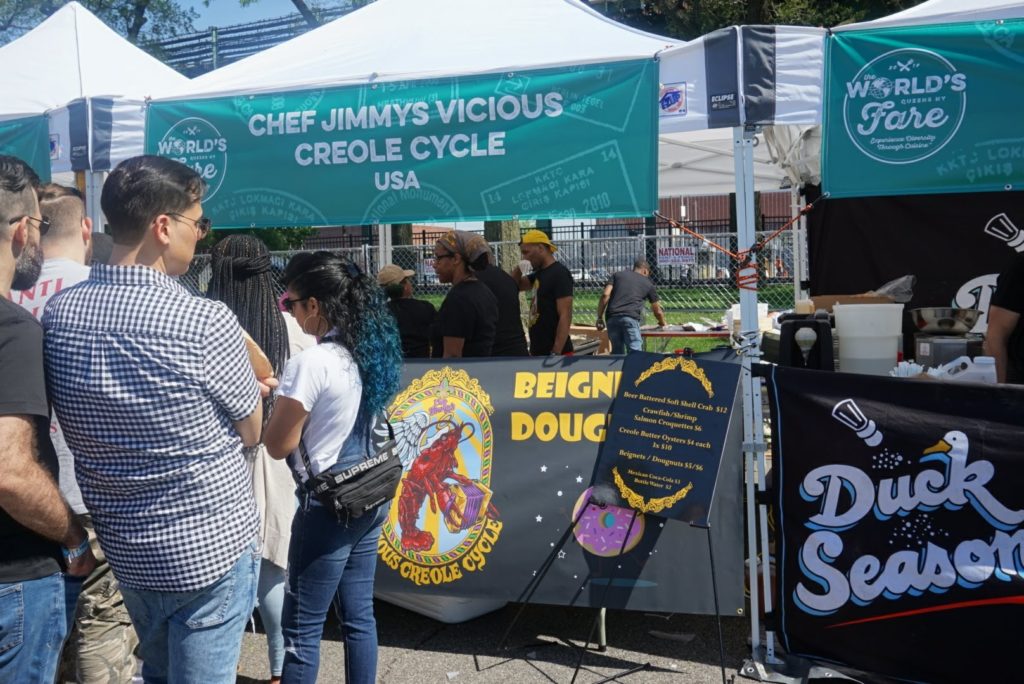 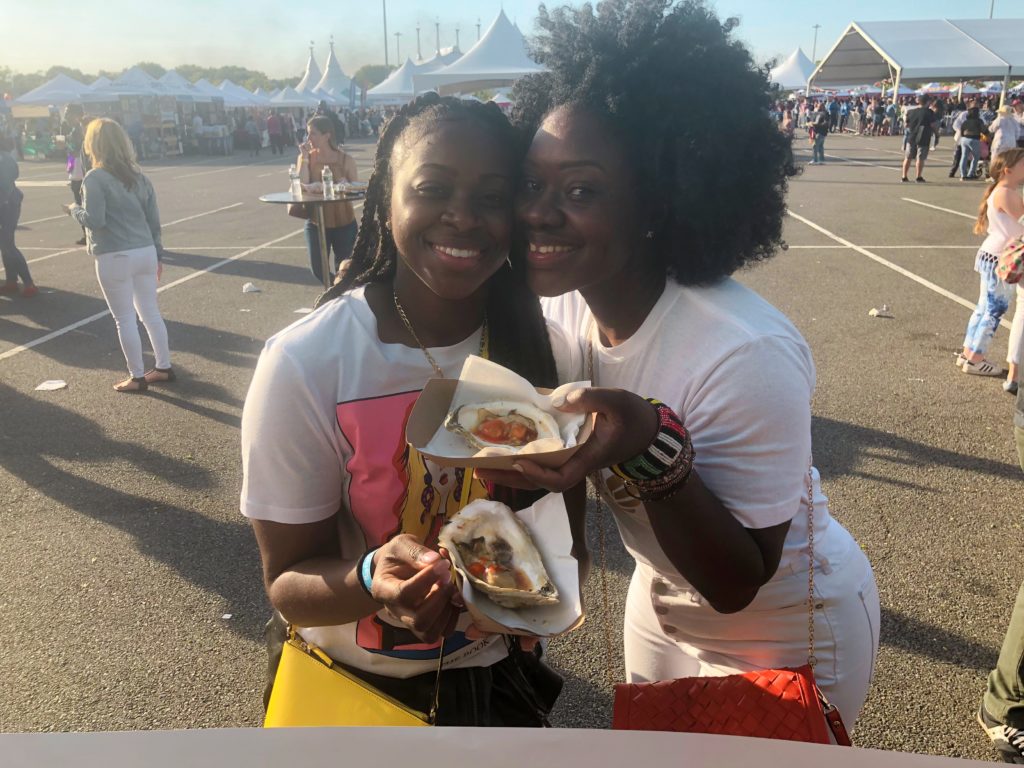 Craziness ensued and we were soon able to work out a system that worked well for everyone. One of the first items to go was the Oysters. 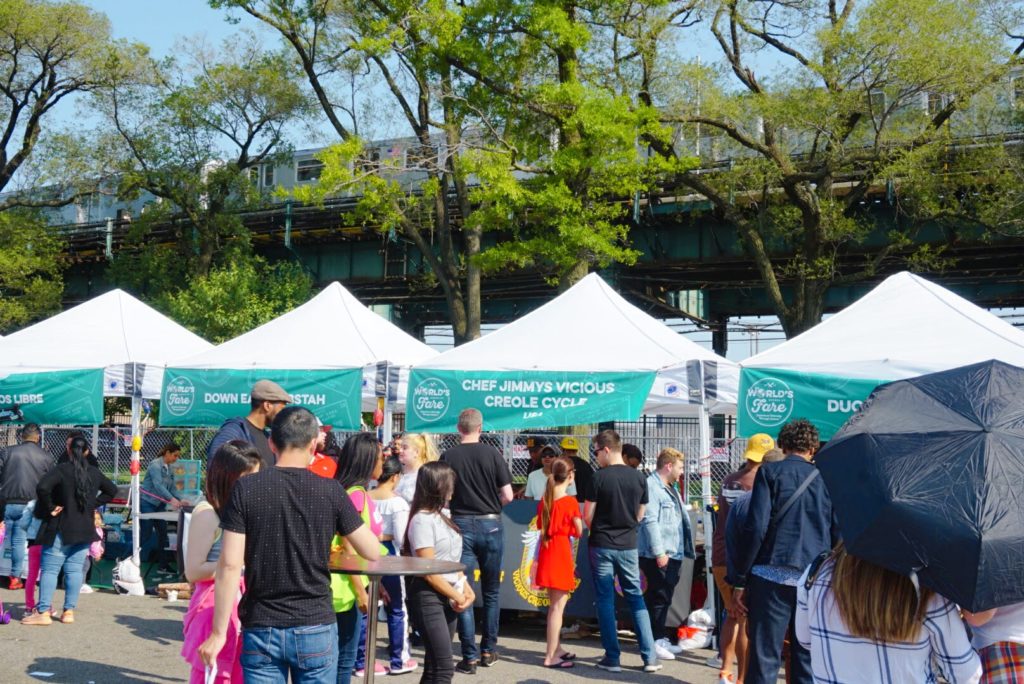 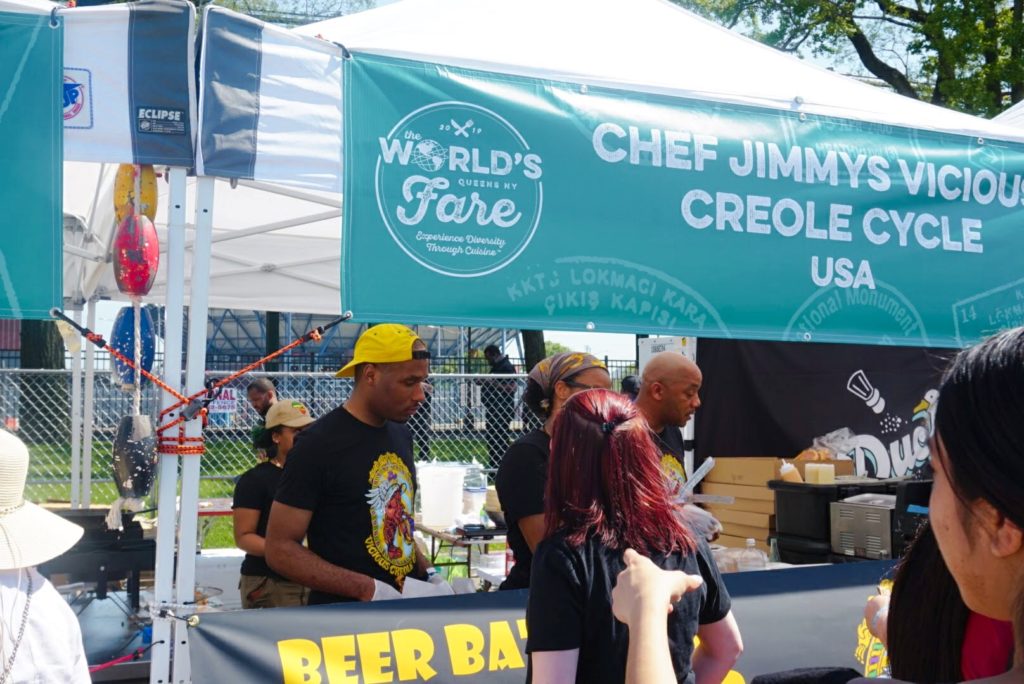 My Jumbo oysters were specially delivered from Maine. And my oyster farmer is pretty awesome so I’m lucky in that sense. The Worlds Fare has so much history and it was great to be a part of it. 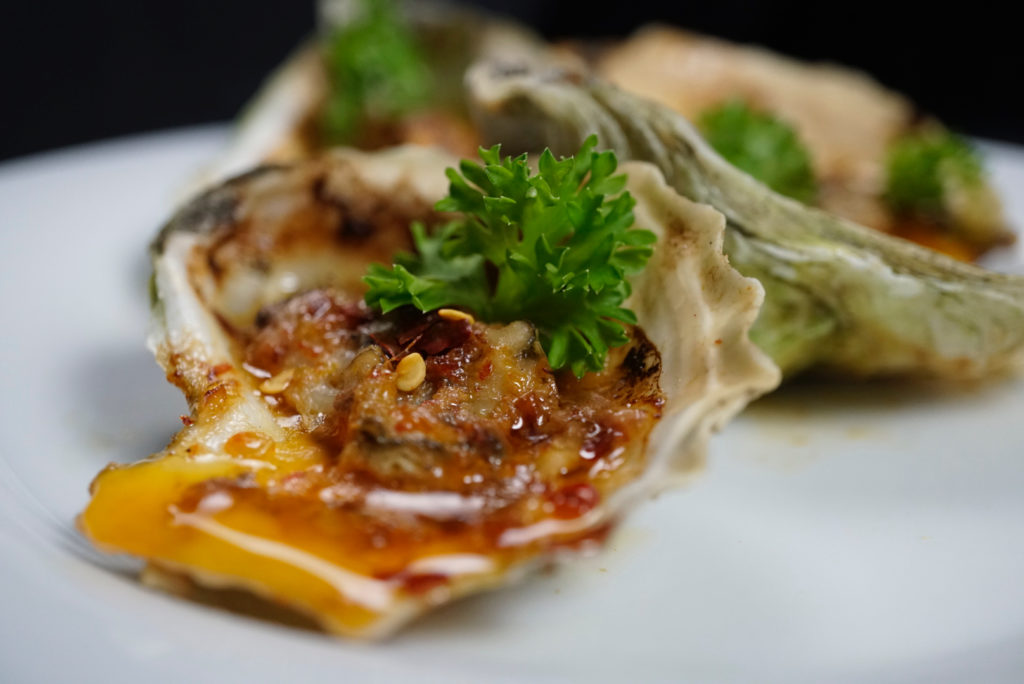 We got extremely busy but the vibe was still laid back.  For some reason I think New Yorker’s (including myself) are extra extra chill on the weekends. That may not be the case when I have to cook  for the next festival in the Financial District this June but I can only hope. 😉

From Demon Cat Hugs To A quirky Creole...